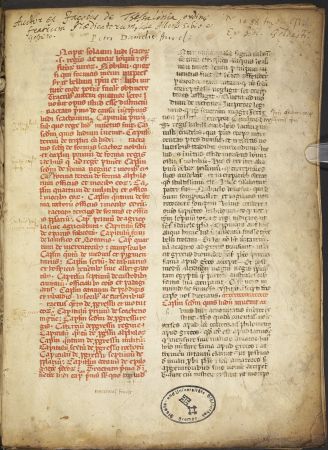 In cooperation with the SuUB

In 2020–21 a project funded by the Deutsche Forschungsgemeinschaft (German Research Foundation, DFG) will fully digitise the collection of medieval manuscripts held by the Staats- und Universitätsbibliothek Bremen (State and University Library Bremen, SuUB).

After the manuscripts have been digitised at the HAB, the digital copies will be augmented with metadata and uploaded to the ‘digital collections’ portal hosted by the SuUB online and to the manuscript database of the HAB, where they will be freely accessible. They will be entered in Manuscripta Mediaevalia and in the manuscript portal based on it and also be accessible to researchers via the Common Union Catalogue (GVK) of the Gemeinsamer Bibliotheksverbund (Common Library Network, GBV).

The SuUB holdings include 124 medieval manuscripts as well as three codices from the art collections at Böttcherstraße on permanent loan. The codices date from the 9th to the early 16th century and vary widely in terms of content, language, script and text form. The Bremen holdings are characterised by their many illuminations. The collection covers a wide variety of topics and includes literary texts, official documents and chronicles alongside theological and legal texts. The SuUB medieval manuscript collection thus embraces the entire spectrum of the literary, intellectual and scientific culture of the High to Late Middle Ages.

The content of the collection has been catalogued in depth in the work compiled by Irene Stahl (2004) in the Wolfenbüttel manuscript centre.

In preparation for the DFG project a number of the codices held by the SuUB were digitised in 2016 in cooperation with HAB Wolfenbüttel and can be viewed here. 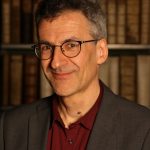