Indexing and cataloguing of the medieval manuscripts in the Stadtbibliothek Lübeck

In cooperation with the Stadtbibliothek Lübeck

The Stadtbibliothek Lübeck (Lübeck Municipal Library) holds more than 1,700 manuscripts, around 360 of which are medieval in origin. A project funded by the Deutsche Forschungsgemeinschaft (German Research Foundation, DFG) aims to catalogue them in depth according to modern scientific standards.

The descriptions of the manuscripts will be available both online and in printed form. Approval has been granted for the phase of the project, which will focus on the first part of the Latin theological manuscripts.

The Stadtbibliothek Lübeck, founded in c.1616, acquired its collection from the holdings of church and monastery libraries as well as from the Ratsbibliothek (Council Library). Following secularisation, further holdings came to the Stadtbibliothek from the Dombibliothek (Cathedral Library), the St Johannis Monastery and the St Annen Convent and from the former Michaelis Convent of the Sisters of the Common Life. Towards the end of the Second World War, the holdings were transferred for safekeeping to salt mines in East Germany and were therefore located in the Soviet zone of occupation when the war ended. Some of them were taken to the Soviet Union and not returned until the end of the 1980s.

The manuscripts will be indexed and catalogued in the TEI-P5 format following the guidelines established for the Europeana Regia project. The results of the current project will be published in the manuscript database of the HAB. Parallel to this, the descriptions will be listed in the Manuscripta Mediaevalia and in the manuscript portal. The data collected in the process of describing and identifying the bindings will likewise be entered in the Einbanddatenbank (bindings database, EBDB) funded by the DFG. Watermarks will be documented using the Austrian Watermark Imaging System (ATWISE), which employs infrared equipment, and following identification will be entered in the Wasserzeichen-Informationssystem (Watermark Information System, WZIS). 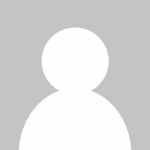