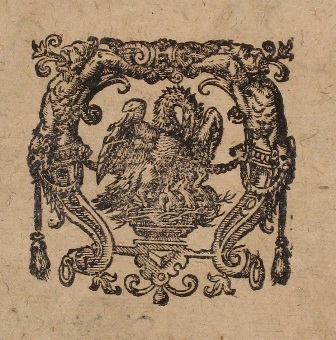 A project conducted by HAB as a centre of excellence for old printed works, in cooperation with the district of Helmstedt

Helmstedt university library was established in 1576 at the same time as the university itself and boasts a long and eventful history. After 1613, the library’s holdings were augmented by the book collection of Duke Julius of Brunswick-Lüneburg (1528–1589), who had founded the Academia Julia. In the centuries that followed, the library grew further thanks to a variety of acquisitions and endowments.

After the university was dissolved in 1810, large sections of the library came to the Herzog August Bibliothek in Wolfenbüttel.

Today, about 35,000 works from the library remain in the Juleum building in Helmstedt, with a considerable antiquarian holding of around 13,000 works, predominantly from the 16th to 18th centuries. The collection has a strong emphasis on theology, history and jurisprudence and also includes printed works by Helmstedt professors. The impressive group of rare printed works concerning Luther and the Reformation is particularly outstanding. When viewed together with the entire former Bibliotheca Academia Julia, the remaining holdings in the Juleum convey a superb impression of intellectual life at one of the most important Protestant universities in northern Germany and also show how the institution developed over time.

However, until recently insufficient use had been made of the valuable Juleum holdings because they were neither catalogued in national registers nor could they be globally researched online. The project aimed to list these holdings in machine-readable form in a shared catalogue called the Gemeinsamer Verbundkatalog (Union Catalogue). An online catalogue has now been set up specifically for this purpose. The printed works have been catalogued in depth, in line with the exacting standards of the Old printed material special interest group of the Gemeinsamer Bibliotheksverbund (Common Library Network, GBV). One major long-term advantage is that it will now be possible to virtually reconstruct the entire holdings of the former university library.

This project formed part of the HAB’s special research focus on the history of the university of Helmstedt. Other projects on this subject included:

Access to the online catalogue of the Juleum holdings