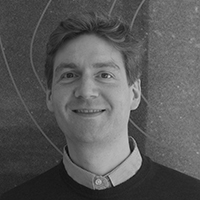 The Privacy of Knowledge: Hermann Conrings’ Analysis of the Holy Roman Empire at the University of Helmstedt

In 1641, a student of Professor Herman Conring’s (1608-1681) at the University of Helmstedt, Hoym, defended publicly his dissertation published as Exercitatio de imperatore Romano Germanico. It was a mere repetition of Conring’s private lecture. The argument was controversial: the German kings had no claim to continue the Roman empire. A year later, a book entitled Discursus novus de Imperatore Romano-Germanico was published under Conring’s name. It was almost a fac-simile of Hoym’s dissertation. However, Conring disavowed authorship for this book and published in 1644 De germanorum imperio romano. As Constantin Fasolt has shown, his argument in this book is the same as in Hoym’s dissertation and the New Discourse: the Holy Empire is not a continuation of the Roman Empire. I analyse this case by merging knowledge studies and privacy studies. Exploring how legal and historical arguments moved from a private lecture to a few students destined to civil service, some of them noble as von Hoym, to a public defence by a student in the close community of a university, and then to a vaster public readership in Europe is what I shall focus on in the coming months.