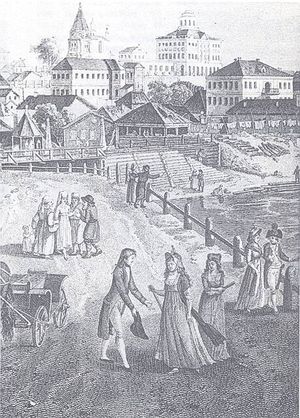 The Enlightenment in Russia

The term просвеще́ние (enlightenment) was already used in medieval Russia to denote divine illumination. In the second half of the 18th century it took on new meanings.

It now came to signify ‘education’ in a general sense, but also ‘knowledge acquisition’, ‘civilisation’, ‘Europeanisation’ and ‘becoming western’. In addition, it was used to refer to exercising one’s powers of reason and to human self-improvement as well as in a narrower sense to Russia’s participation in the European emancipatory movement of the ‘Siècle des Lumières’. The project sets out to examine how the ideas of ‘Latin Europe’ were received and reformed to fit the conditions and needs of this country straddling Europe and Asia, with a focus on the reign of Catharine the Great.

This, the first comprehensive German-language portrayal of the Enlightenment in Russia, sets it in the socio-historical context of an autocratic system still dominated by serfdom (крепостни́чество). Looking at the institutions and figures who dominated this period, the study examines which new secular educational and scholarly institutions were created by the state according to western and central European models and how private associations of the educated nobility and representatives of other estates gradually came into being. The central debates of the Enlightenment in Russia are contrasted with the discourse of the European République des lettres (Republic of Letters).

With its brief biographies and annotated registers of persons and works, the project provides valuable information about the most influential and well-known representatives of the Enlightenment in Russia as well as about previously unknown secondary figures. 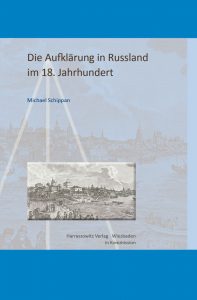