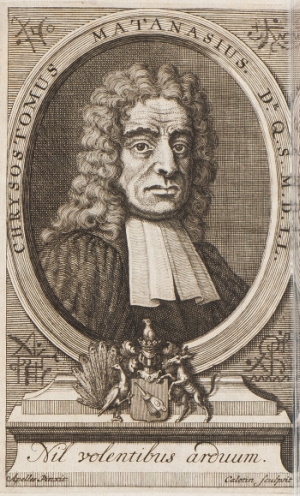 In the early modern period, printed portraits were one ‘means of achieving fame in the scholarly world’ (Christian Ludwig von Hagedorn). Their combination of image and text made them complex information media, whose technical reproducibility meant they could be circulated well outside of the immediate social circles of the individuals they depicted.

The project examines the role of printed portraits in image politics, primarily among German-speaking scholars between the 16th and 18th centuries. It examines the functions of portraits as a medium of self-presentation and self-construction, as instruments promoting prestige and as social currency within the Republic of Letters. The motives and circumstances surrounding their production will also be examined, as will the individuals involved, the recipients of the portraits, the mercantile and postal methods by which they were circulated and practices of criticism, censorship and defamation.