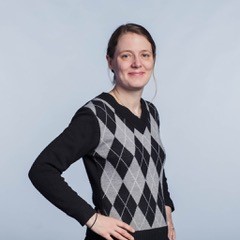 Assembling (by) the Sea: Presenting the Whale from the Sixteenth to the Eighteenth Century

My project explores the place of the whale and whale products in representations, collections and scientific research in the Early Modern Period. At this time, traditional religious ideas about the whale––whether Leviathan in the Book of Job or the fish who swallowed Jonah––were confronted by new theologies, closer scientific study, and a changing economy along the North Sea and Baltic coasts. Whale strandings were reported, publicized and interpreted as harbingers of divine ill-will, even as whale flesh was gleaned for oil and the milk was surreptitiously collected, only to end up in the hands of natural scientists still asking whether this creature was a fish or not. Most famously, the narwhal horn was harvested as a relic of the unicorn and was thus used for its legendary medical potency beside its emblematic aura. At the HAB I will study biblical representations of the whale and unicorn, church guides that describe whale artefacts, printed illustrations appearing in scientific encyclopedias and apothecary books, news sheets describing whale strandings and collection inventories detailing whale objects traded and exhibited.