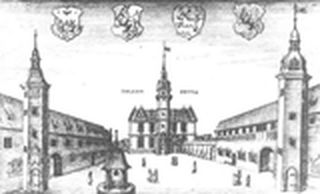 Knowledge production at the university of Helmstedt

Changes in the philosophical faculty between 1576 and 1810

The university of Helmstedt (Academia Julia) existed for nearly 250 years, and for much of that time it was one of the most highly regarded and best attended universities in the Holy Roman Empire. Despite the availability of excellent sources, research into the history of this educational institution has hitherto been fairly rudimentary.

The overall project was thus primarily devoted to the history of the philosophical faculty. The now complete in-depth catalogue can be accessed via an internet portal, which makes it possible to search the full texts of all the prospectuses from the period 1581–1810, comprising a total of 27,000 courses. Moreover, there are databases containing entries on the nearly 7,000 dissertations written in all four of the university’s faculties, as well as on the c.46,000 registered students and staff. One special feature of the university’s history is that the professors supplied comparatively frequent reports of their activities. These have now been made available in digital form, divided into three time periods. A catalogue of professors gives basic information about the teaching staff. HAB staff have finished digitising c.10,000 texts from Helmstedt university and cataloguing those sections of the university library that remain in the Juleum.

The databases provide the foundation for this in-depth research project, which focuses on knowledge production at the philosophical faculty of the university of Helmstedt from 1680 onwards. This was the period when the late-humanist faculty of arts was significantly transformed by factors such as the rise in Eclecticism, an experimental approach to the natural sciences, and the history of scholarly literature known as Historia litteraria. It was also during this period that the university of Helmstedt faced strong competition, with the establishment of universities in Halle (founded in 1694) and Göttingen (founded in 1737). The monographs resulting from the research project examine the careers of the teaching staff; the content, institutional aspects and methodology of the teaching; how the faculty viewed itself; and the specific characteristics of the knowledge that was taught. The monograph on the period 1680–1740 was published in 2012 as part of the ‘Wolfenbütteler Forschungen’ series. Das Athen der Welfen is a comprehensive publication on the subject containing the proceedings of a conference held in conjunction with a 2010 exhibition. The data from the Helmstedt portal is currently being processed in cooperation with the University of Leipzig to produce a semantic information system modelled on the Catalogus Professorum Lipsiensium.

This project formed part of the Herzog August Bibliothek’s special research focus on the history of the university of Helmstedt. Further projects on this theme have been: