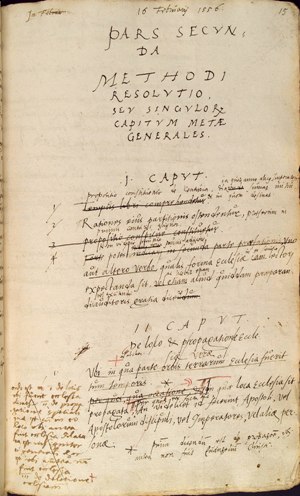 The historical method and working process used for the Magdeburger Zenturien

The Magdeburger Zenturien (Magdeburg Centuries, first printed from 1559 to 1574) are the first universal Protestant history of the church.

The books are divided chronologically into centuries (centuriae) and then organised internally according to key theological terms that feature in the contents (loci communes). Work on the Zenturien was overseen by Matthias Flacius Illyricus (1520–1575) and Johannes Wigand (1523–1587), who were part of a scholarly network that carried out all the steps in the processes, ranging from obtaining materials, evaluating data and ordering the content through to printing and distributing the books. Having been schooled in Melancthon’s epistemological theories, they developed their concept during the period of the Augsburg Interim in the city of Magdeburg, which was known as the Herrgottskanzlei (Lord God’s Chancery) on account of its apocalyptic line of argumentation and polemics against the Holy Roman Emperor.

The project aimed to categorise the Zenturien within the history of European history and historiography. The contribution it made towards the development of historical methodology was to be derived from the contemporary theological topos, while also investigating the effects of apocalyptic critiques of power and the French humanist legislative process on critical methodology.

Most of the sources were taken from surviving handwritten texts on methodology and organisation, which were prepared as a digital edition on the basis of the Text Encoding Initiative (TEI, version P5: TEI-P5) with textual criticism and a short commentary. 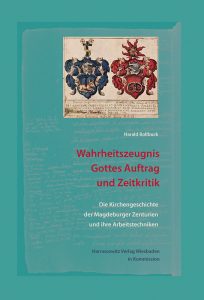