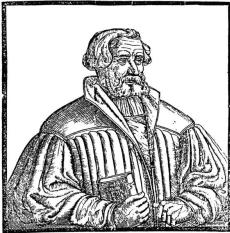 This cooperative project between the Akademie der Wissenschaften zu Göttingen (Göttingen Academy of Sciences and Humanities) and the HAB is funded by the DFG. Its aim is to produce the first critical edition of the complete writings and letters of Andreas Bodenstein von Karlstadt (1486–1541), the most significant theologian of the early Wittenberg Reformation apart from Luther. The edition will appear as a hybrid version in print and online.

The life and work of Andreas Bodenstein von Karlstadt (1485–1541) reflects the cultural and religious upheavals in the first half of the 16th century. Having trained in Erfurt and Cologne at Thomistic schools, the young Karlstadt soon integrated Scotist and humanist elements into his scholarship and sought to combine theology and legal methodology. Under Luther’s influence he was impressed by Augustine’s doctrine of grace, and he became the closest ally of the Wittenberg reformer. In Luther’s absence, Karlstadt advanced the cause of the Reformation but met with resistance, and it led to a rift between the two theologians. Karlstadt subsequently tried his hand at being a farmer and lay preacher in Thuringia, took up contact with Thomas Müntzer, rejected hierarchies and relinquished his doctorate. He moved several times before finding employment as a preacher in Zurich and ultimately ended up as a professor in Basel. Karlstadt developed his own theology, which differed significantly from Luther’s beliefs with respect not only to the doctrines of grace and the Last Supper but also in terms of its ecclesiology.

The aim of the project is to produce an edition containing all Karlstadt’s writings and letters. Under the direction of Thomas Kaufmann, a professor of church history in Göttingen, it has been based at the Akademie der Wissenschaften zu Göttingen since October 2015. The first two parts of the project with a total of 172 individual items (treatises, pamphlets, leaflets, series of theses, the Leipzig Debate with Johann Eck, comments, letters, poems, dedications, missing writings) are available online and in print form (in three volumes). The third part of the project, which is currently in progress, comprises 114 items from 1521 to 1524. This period produced the crucial texts that led to the schism from Luther’s brand of Wittenberg theology, when Karlstadt elaborated upon the approaches to ecclesiology and the Eucharist that they had jointly developed in the early Reformation. These writings include Karlstadt’s well-known treatise on rejecting the images, theses and reflections on the Holy Mass, celibacy and marriage, writings on the Last Supper, and the famous Jena discussion with Luther. The letters notably include the correspondence with Thomas Müntzer. The edition is based on TEI-P5. Publication is online and in print form, emphasising the advantages of the different media.

Further information can be found by consulting the digital edition (work in progress) and the website about the project (in English). 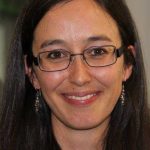