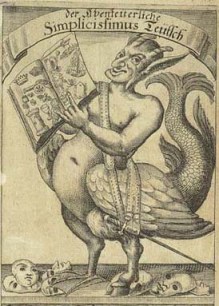 The project set out to digitise approximately 2,000 works drawn from Gerhard Dünnhaupt’s Personalbibliographien zu den Drucken des Barock (Stuttgart 1990–1993) as well as selected titles from Women of the German-Speaking Lands in Learning, Literature and the Arts during the 17th and Early 18th Centuries: A Lexicon by Maria Fürstenwald and Jean Muir Woods.

The project ran for two years, during which time an estimated 520,000 pages were digitised, and the digitised titles, augmented with metadata to enable navigation, were entered in the VD 17 database and the Gemeinsamer Bibliotheksverbund (Common Library Network, GBV). At least one edition of every independently published work by each of the nearly 200 authors listed in Dünnhaupt was to be digitised.

The Dünnhaupt Personalbibliographien (personal bibliographies) are viewed as the key to German literary production during the period, insofar as the most important authors are listed along with all their known editions. Only a few edited versions of these works had previously been made available, and many of these rare works are found only in very few libraries. Digitisation was intended to create a corpus that could form a nucleus for the digitisation of all the literature from the era. By concentrating on works by exceptional individual authors, the project offers access to the materials for the direct benefit of educators and researchers in the fields of German studies, in particular, and cultural studies in general.