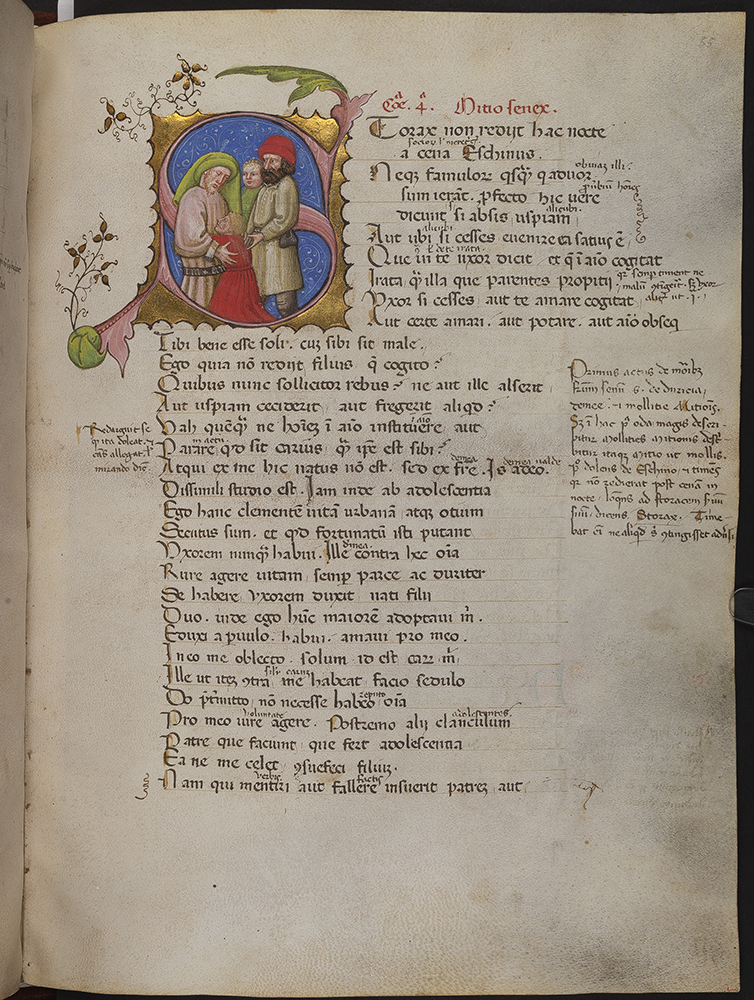 Indexing and cataloguing the Latin medieval manuscripts of the SUB Göttingen

In cooperation with the Niedersächsische Staats- und Universitätsbibliothek Göttingen (Göttingen State and University Library of Lower Saxony, SUB), the Herzog August Bibliothek will undertake an in-depth cataloguing of the Latin manuscripts of SUB Göttingen according to the guidelines established by the Deutsche Forschungsgemeinschaft (German Research Foundation, DFG).

The goal of the project is to create a catalogue of the manuscripts in printed and internet-based form. During the first phase of the project, new descriptions will be compiled of 78 Latin manuscripts.

When the Georg-August-Universität Göttingen (University of Göttingen) was founded in 1737, a library was established and fundamentally restructured to reflect the scientific disciplines being studied there. The library’s holdings were based on books from Göttingen’s grammar school, duplicates from the Royal Library in Hanover and the outstandingly furnished library of the High Bailiff Joachim Hinrich von Bülow (d. 1724), which had been left to the university. The library’s early directors, most notably Christian Gottlob Heyne (d. 1812), rapidly expanded the holdings, making prudent acquisitions that would serve the interests of science, so that it soon became an extremely well-furnished universal library.

The majority of the manuscripts were acquired at auctions during Heyne’s term in office from 1763 to 1812. They thus entered the library as a result of conscious purchasing decisions taken with the library’s overall holdings in mind. The deliberate decision to order the medieval manuscripts according to the scientific system of the Enlightenment is a special feature of the Göttingen corpus of occidental medieval manuscripts, which is emphasised by the way they are arranged. Rather than forming a shelf-mark group of their own, which would distinguish them from the overall holdings as medieval manuscripts, they were instead shelved together with the early modern manuscripts following the Göttingen system of the 18th century, but nonetheless separately from the printed works.

Altogether the historical holdings of the SUB Göttingen include 426 occidental medieval manuscripts. The new in-depth cataloguing according to DFG standards is intended to replace the manuscripts catalogue of Wilhelm Meyer (1893/94). The manuscripts will be indexed and catalogued in TEI-P5 format and according to the guidelines established by the Europeana Regia project (as per the documentation, which will continue to be supported independently of projects). The latest project results will be published in the HAB’s manuscript database while the project is still in progress. At the same time descriptions will be entered in the Manuscripta Mediaevalia. The data obtained from describing and identifying the bindings will be entered in the bindings database, which is likewise funded by the DFG. Watermarks will be recorded using the ATWISE infrared device (developed by Manfred Mayer, Universitätsbibliothek Graz / University of Graz Library) and following identification will be entered in the Wasserzeichen-Informationssystem (Watermark Information System, WZIS).

A list of the Wolfenbüttel manuscripts to be described can be found here, and you can also access the project page of the SUB Göttingen.

In cooperation with the Niedersächsische Staats- und Universitätsbibliothek Göttingen