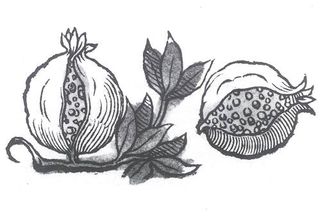 Medical culture at the Wolfenbüttel court from 1560 to 1714

The aim of the project is to give a precise overview of the activities and networking undertaken by an apothecary’s shop in the early modern period, set against a background of medical culture, healthcare and a culture of scholarship. As the archival holdings pertaining to the apothecary’s shop at the Wolfenbüttel court have never previously been analysed, research into this area will document the provision of a wide range of goods at the court.

The project can be seen as innovative research into the early modern material and medical culture at and around a royal court. The substances are identified and explained in historical terms in order to draw conclusions about the consumption of medication and practices of self-medication at the court. A number of significant examples of the application of substances from the apothecary’s shop give us an in-depth view of the three functions of the apothecary: as a supplier of healing products, ‘luxury goods’ and materials for scientific experiments.

The goal of the project is to produce a monograph on medical culture at the Wolfenbüttel court in the 17th century. The first part summarises the specific functions of an apothecary’s shop in the early modern era. The second section gives typical examples of the relationships between the apothecary, doctor and duke, and provide a commentary on these. The idea is to show the extent to which the apothecary’s shop was a supplier not merely of medication but also of substances required for courtly life or scientific experiments. The Herzog August Bibliothek will make the database of apothecary invoices accessible online. This database will include information on deliveries from the court apothecary’s shop and a glossary of the compounds and substances used. 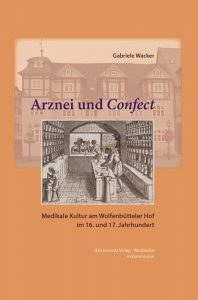