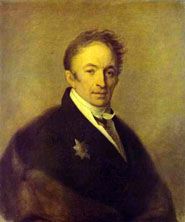 Before Alexander Pushkin burst onto the scene, Nikolay Mikhailovich Karamzin was a unique embodiment within Russian culture of a pro-European disposition. This first German biography of Karamzin aims to describe how this linguistically talented literary figure emerged as an author of cultural translations in the Tsarist empire as well as an ‘interpreter’ of Russian literature in Western countries.

In his Letters of a Russian Traveller and the periodicals he published after the French Revolution of 1789, Karamazin wrote of the literature, intellectual currents and customs of western and central Europe as well as the political developments taking place there. And it was here, in turn, that Karamzin made a name for himself through translations of his prose and poetry. He was considered the most prestigious Russian writer. In his Letters, the true circumstances of his travels in Germany, Switzerland, France and England in 1789–1790 – in the course of which he had conversations with Immanuel Kant, Christoph Friedrich Nicolai, Karl Philipp Moritz, Johann Gottfried Herder, Christoph Martin Wieland, Johann Kaspar Lavater and Charles Bonnet – were juxtaposed with the traveller’s fictitious narrative.

Karamzin was appointed imperial historiographer by the Tsar in 1803 and there is clear evidence in his writings of the transition he made from a rhetorical to a source-based academic historiography. He oriented his works to the needs of his Russian readers, who sought a ‘national narrative’ about the historical beginnings and rise of the country. European scholars expected a source-based presentation of the Eurasian empire’s early history. Karamzin created a network of Russian and foreign assistants who examined and copied sources in libraries and archives, including in Wolfenbüttel. The literary style of his 12-volume History of the Russian State has ensured that it remains a classic to this day.

Karamzin’s Memoir on Ancient and Modern Russia (1811), a key document providing insight into the Russian mind, is to be published in German for the first time. The monograph manuscript was submitted in 2018.