Private prayer books are a means of transcendental communication and interaction. The research categories of ‘Materiality’, ‘Mediality’ and ‘Performativity’ will be used to unlock the many facets of this neglected corpus of sources, specifically the material legacies of selected North German monasteries and abbeys from the late medieval period.

Around the mid-15th century, female convents in the Lower Saxon regions of Lüneburg and Brunswick underwent comprehensive reforms that changed the spiritual lives of the nuns. Tangible traces of their devotional practices have survived in the form of handwritten prayer books, which were often illustrated. These books were used for personal prayer rather than in liturgical contexts. They were not only owned and used by individual nuns but were also made by them. As prayer books for private use, they did not have to conform as strictly to the explicit norms of liturgical books, and this relative freedom can provide insights into the specific, everyday prayer lives of their users. A significant number of such prayer books have survived, and roughly 40 to 50 of them will be studied.

Specific approaches to studying monastic book culture, devotional practices and art after the monastic reform arise from the distinction between two types of material aesthetics that can be observed in the production and appearance of the prayer books. In the monastery of Medingen near Lüneburg, many new books were made from scratch and lavishly illustrated with new pictorial compositions. The new prayer books produced in monasteries near Brunswick were less elaborate, consisting of existing quires and pages that were newly bound together and only sporadically illustrated. Compared to the greater aesthetic appeal of the Medingen manuscripts, the composite manuscripts from places like Steterburg and Heiningen provided the additional option of integrating parts of existing books, some of which had already seen much use, and thereby preserving a certain tradition – perhaps even a memoria – in a new context. Both methods of manufacture, as well as their results, can be regarded as specific ways of implementing the monastic reform. Careful study of various (tactile) signs of use, annotations and additions to the finished prayer books can offer deeper insights into the devotional practices of the nuns. These traces of active prayer can provide information about the popularity of certain prayers and about the role of layout and illustrations in the personal prayer lives of the nuns.

The project is a contribution to the history of images, media, devotion and books. 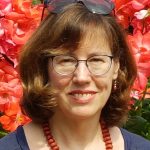