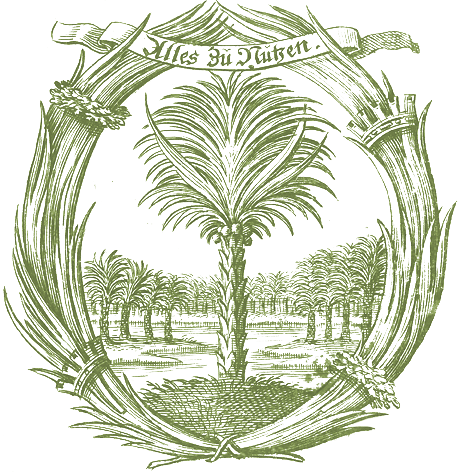 ‘The Fruitbearing Society’ – the German Academy of the 17th century

Critical edition of the letters, appendixes and academy papers (series I); documents and illustrations (series II)

The research and edition project focusing on the Fruitbearing Society (1617–1680), sponsored by the Sächsische Akademie der Wissenschaften zu Leipzig (Saxon Academy of Sciences and Humanities in Leipzig), was conducted from 1 January 2001 to 31 December 2018 in cooperation with the Herzog August Bibliothek (HAB).

The project was dedicated to an organisation which – as an academy catering to all ranks of 17th century German society – was associated with a diverse assortment of linguistic, literary and scholarly ambitions that also extended into the realms of politics (and educational policy). An inherent aspect of the society’s work are the German and European perspectives that remained productive until the arrival of the Enlightenment, which was its natural successor, at least in terms of its various aims and objectives, albeit in different historical circumstances.

In addition to its achievements in the early modern development of the German language, literary reform and cultural work, the society promoted interdenominational, non-partisan avenues of communication and understanding. This was true from its inception and continued over the course of the Thirty Years’ War. Sustained by irenic notions of peace and patriotism, the Fruitbearing Society contributed to the overcoming of mistrust, escalating tension and violence.

The source texts for this edition were compiled from a great number of archives and collections in Germany and Europe. In their thematic breadth, their diverse subject matter and the different facets covered, the range of research interests and perspectives relating to the early modern period that are represented reveal interdisciplinary linkages that go beyond the narrower history of the society.

At the time the funding for the academy programme expired, the following sections had been completed as planned: section A: Köthen, with 13 volumes (16 physical books); and C: Halle, with 3 volumes.

The printed edition volumes were digitised in stages beginning in 2012; they can be accessed via the HAB’s OPAC online catalogue.

Additional information is available at the project’s online portal. 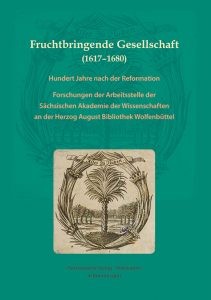