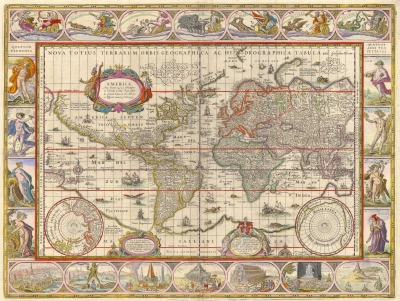 The cosmopolitan collecting interests of the early modern nobility

Collecting was a common activity among the aristocratic classes of the early modern era. Coins, books and art as well as all sorts of curiosities were gathered together by those who could afford to do so and in some cases put on flamboyant display.

It is remarkable how often we find in these collections objects that today would be described as ‘exotic’. These generally include items such as art objects, artefacts made of foreign flora and fauna and books relating travellers’ tales and their at times adventurous exploits.

The project focuses on the collecting practices and associated cultural and scientific interests of the princely nobility. The primary issue here is the function of these collections and their role in the accumulation of knowledge. In order to examine this matter fully, the first step is to determine what exactly was collected. Previously uncatalogued inventories from the private libraries of the nobility in the 18th and last third of the 17th century will be studied in detail. Additionally, it will focus on unresearched private collections of objects, inventories of furnishings and handwritten texts including letters and manuscripts from various estates. Furthermore, the project will determine which books listed in these inventories are physically present in the Herzog August Bibliothek and which art objects are to be found in the Herzog Anton Ulrich Museum in Brunswick. The findings will be factored into the digital analysis. The second step will be to evaluate the data obtained. In what way did collectors actually participate in the accumulation of knowledge about the world? What knowledge was acquired by means of such collecting and the use of books and objects? Just as important as the objects themselves were the relationships that were established through them, for the aristocracy was embedded in a large network of great political, economic and cultural importance. Where did the objects come from? Who participated in the exchange? Who ultimately was allowed to view the objects in the collection, and what were they used for?

Gradually a picture begins to form that shows just how diverse the functions of collecting truly were. Can we simply assume that the practice was driven by a delight in beautiful and curious objects, or did the goal of acquiring knowledge play a role that we should be careful not to underestimate? Furthermore, if we are to examine the significance of collecting as an integral component of the cosmopolitan habitus of the aristocracy of that time, then this would imply that collecting may also be a (specific) reflection of a particular group asserting its rulership and status in society.

A sub-project of the Marbach Weimar Wolfenbüttel Research Association (MWW)

During the early modern period, the Grand Tour and journeys like it were an important ...