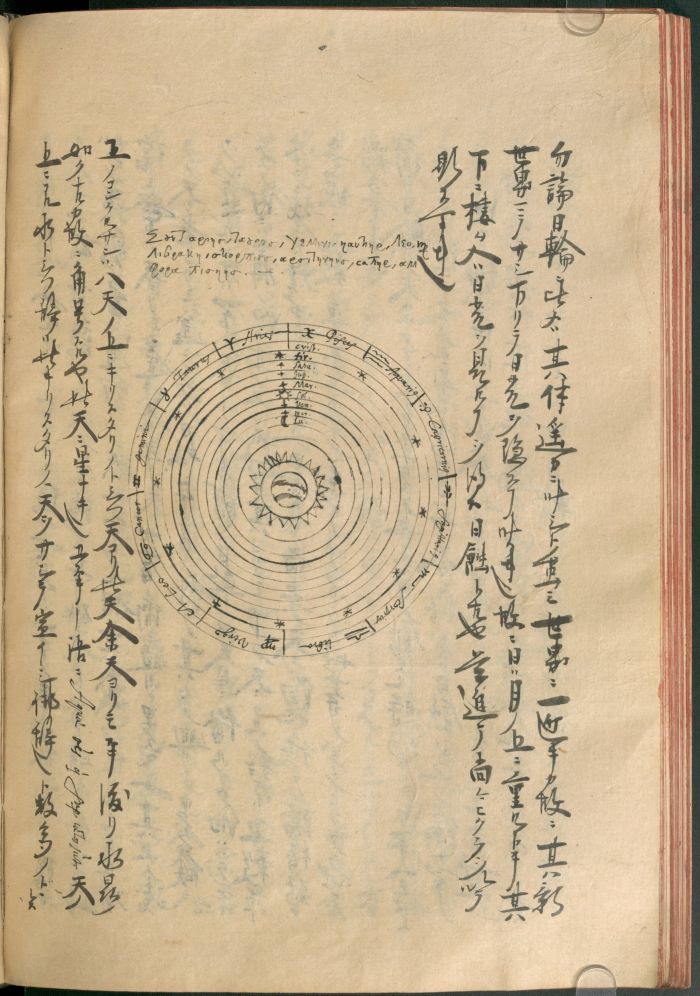 A rediscovery in the Herzog August Bibliothek

The Wolfenbüttel manuscript of the Jesuit compendia of philosophy, theology and cosmology in Japanese translation

When a printing press was imported from Europe in 1590, the Jesuits in Japan were finally able to print everything they needed for their missionary endeavours. Each of the 30 or so extant publications produced in the years that followed qualifies as a bibliographical rarity: only very few of them can be found in more than three copies, and about half of them are known to exist in a single copy only.

Scouring collections around the globe still brings the occasional unknown publication to light, among them the Compendium manualis Navarri (1597) in 1985. Others works which had gone missing over the course of the last century have also resurfaced, such as the Fidesno quiǒ (1611) in 2009 and, more recently, the Exercitia spiritualia Ignatij de Loyola (1596). Additional copies of already known publications also materialise here and there. For example, a second copy of the Vocabulario da lingoa de Iapam (1603) was discovered at the Biblioteca Nacional do Rio de Janeiro in 2018 – and what is now the third preserved copy of the Contemptus mundi (1596) was identified at the HAB Wolfenbüttel in 2017.

This publication itself had been introduced in Ernest Satow’s pioneering study The Jesuit Mission Press in Japan (1888) on the basis of the copy held in the Bodleian Library in Oxford; a second copy later surfaced at the Biblioteca Ambrosiana in Milan. This new discovery was notable, however, as not only was it the first Jesuit print from Japan in the HAB, it was one of an exceedingly small number of such works in German collections. A letter preserved inside the book even provided proof that it had arrived in Wolfenbüttel in 1662.

The Compendia: Philosophy, theology and cosmology

It was the perusal of an inventory of manuscripts in Wolfenbüttel that was attached to an 1831 catalogue of Oriental manuscripts at what was then Dresden’s Royal Library, the Königliche Öffentliche Bibiliothek zu Dresden, that led, in late 2019, to the identification of a related manuscript at the HAB: the Japanese translation of the Compendia (1593), attributed to Spanish Jesuit Pedro Gómez (1533/35–1600) – the very texts that formed the basis of the curriculum in Jesuit colleges in Japan, and later Macau, for more than two decades.

Divided into three parts, they cover the fields of philosophy (predominantly based on Aristotle’s De anima), theology and Aristotelian-Ptolemaic cosmology. The original Latin version has been preserved in a single manuscript in the Biblioteca Apostolica Vaticana (Reg.lat.426), which was first introduced to scholarship in 1939. This Latin version at least appears to have been printed at the mission press, although not a single copy has yet come to light. Its translation into Japanese was only discovered in 1995, albeit in incomplete form. Crucially for this key text in the intellectual history of 16th- to 17th-century Japan, and for our understanding of the global circulation of knowledge, Ms. 228 at Magdalen College Oxford lacks the entire cosmological part as well as several sections at the end of the theological part. De Sphaera, as the section on cosmology is commonly referred to in its Latin version, introduces the geocentric model of the world and the four elements theory in the tradition of Aristotle and Ptolemy.

The newly discovered Wolfenbüttel manuscript (Cod. Guelf. 7.5 Aug. 4°) is unique in comprising all three parts, thus filling the gaps in the Oxford manuscript and opening up new opportunities for a critical edition of the Japanese Compendia based on both texts. More importantly yet, until now scholarship has had to rely on the later Nigi ryakusetsu (A Brief Survey of the Celestial and Terrestrial World) and related writings to gain insights into the Japanese adaptation of De Sphaera, albeit in a substantially revised and somewhat de-Christianised form.

Now, it is possible for the first time to make a comparative study of the original Latin version, Nigi ryakusetsu and the Japanese translation Sufera-no nukigaki (Excerpts on the Spheres) as the hitherto missing link between them. Doing so will shed light on the process of how De Sphaera, in which cosmology is closely interwoven with Christian thought, was first translated in a Jesuit missionary context and eventually de-Christianised in its later transmission history in Nigi ryakusetsu.

Beginning of the third part, Sufera-no nukigaki, including the title and name of its author Pedro Morejón. 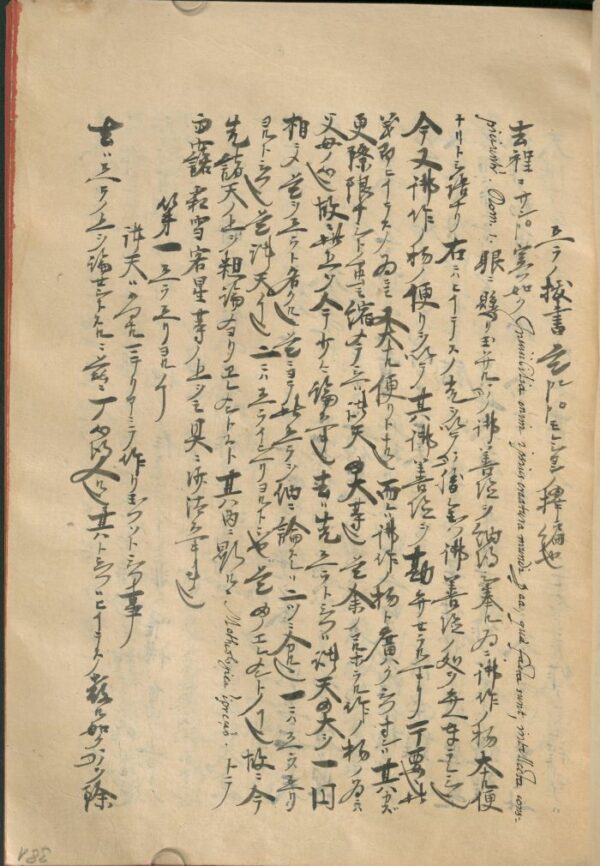 Beginning of the third part, Sufera-no nukigaki, including the title and name of its author Pedro Morejón.

The manuscript discovered in Wolfenbüttel also provides new insights on authorship – at least of the Japanese translation of the De Sphaera part. For decades the cosmological part of the Compendia has been treated almost universally as the work of Gómez, despite a lack of solid evidence to that effect, which is available solely for the philosophical and theological parts. The newly discovered Wolfenbüttel manuscript now calls for a revision of that view, as the Japanese translation explicitly identifies the person who compiled it immediately after the title: namely the Spanish Jesuit Pedro Morejón (1562–1639?) who, as it happens, has long been known to have taught using the Compendia at the Jesuit college in Amakusa.

Sven Osterkamp is Professor of Japanese Language and Literature at the Ruhr-Universität Bochum. His work deals with the history of Japanese language and writing as well as the Western knowledge of East Asian languages and writing systems since the early modern era.