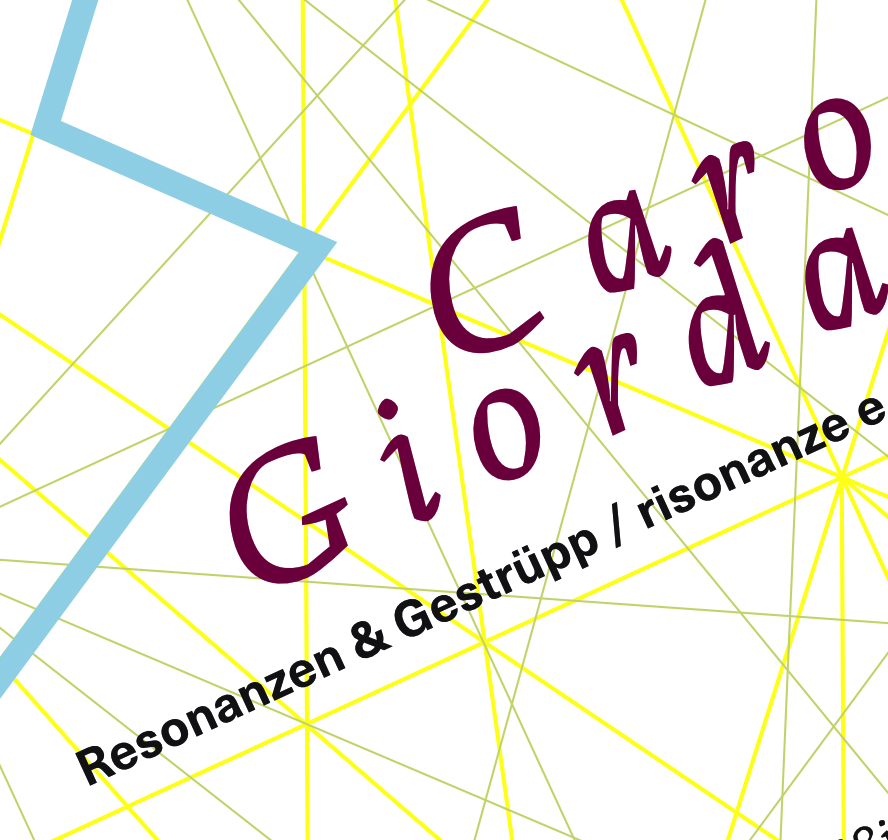 Exhibition in the Zeughaus from 9 to 30 September 2021

The starting point for a project by Ulrike Stoltz, winner of the 2020 Artist’s Book Prize, was a letter written by Giordano Bruno in 1589 and now held by the Herzog August Bibliothek.

Over the course of a single year, the typographer and book artist created a kaleidoscope of texts and images, examining the philosopher Giordano Bruno from a range of different perspectives and exploring various resonances. The artist’s book Stoltz created for the 2020 prize, awarded by the Herzog August Bibliothek and the Curt Mast Jägermeister Foundation, is titled Caro Giordano: Resonanzen & Gestrüpp (Caro Giordano: Resonances and thickets).

This exhibition focusing on Stoltz’s prize-winning project will also highlight earlier works by the artist devoted to Giordano Bruno. It includes other artistic works she created in recent years in parallel to the book, as well as numerous sketchbooks detailing the development of the project through to its completion.

Ulrike Stoltz is not only a typographer and book artist but has also pioneered and taught the artist’s book genre. For over thirty years she has been active in the artists’ group <usus>, whose artist’s books were shown in the exhibition buch. räume. sprach. bilder. 30 Jahre Zusammenarbeit. ‹usus›: Uta Schneider & Ulrike Stoltz (book. spaces. language. images. 30 years of collaboration. ‹usus›: Uta Schneider & Ulrike Stoltz) hosted by the Herzog August Bibliothek. Stoltz served as professor of typography at the Hochschule für Bildende Künste in Braunschweig (Braunschweig University of Art, HBK) until 2018.

Thursday, 9 September 2021, 6.15 pm: Awards ceremony and presentation of the artist’s book. A recording of the event is available on the HAB’s YouTube channel: bit.ly/3Caon4w

Online exhibition focusing on the work

An online exhibition focusing on the work is available at Google Arts & Culture: bit.ly/3se4K8r