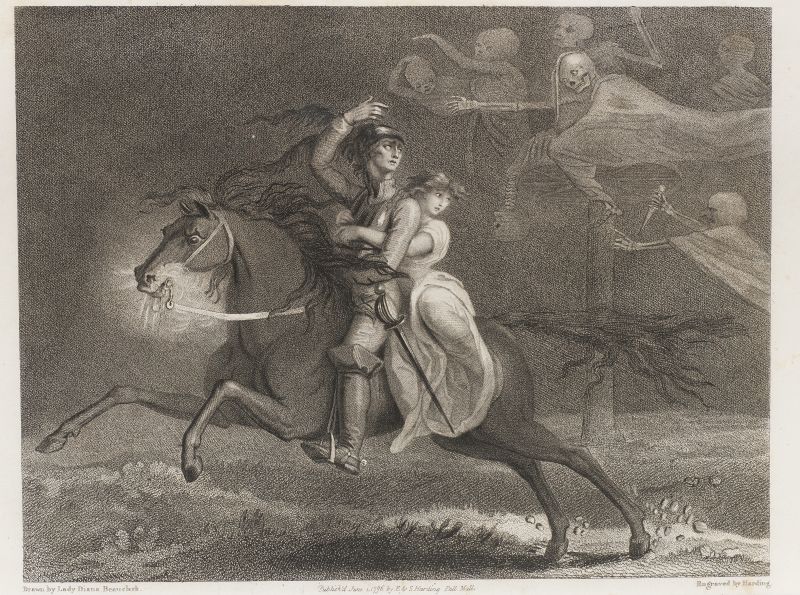 Book illustration in the 18th century

Innovative book design flourished in the 18th century. Significantly more German and international literary publications made use of copperplates in this era than in previous centuries. This allowed a greater diversity of textual aspects to be ‘visualised’.

The exhibition explored the importance of illustrations in literary works as media that promoted the books’ marketing and reception, bringing the text to life with depictions of selected passages, scenes and characters from the book. Examples of this include international bestsellers (such as Daniel Defoe’s Robinson Crusoe, James Thomson’s The Seasons and Salomon Gessner’s Idylls and The Death of Abel) as well as popular texts and their illustrated editions in the 18th-century German-speaking world.

Book illustrations were used not only by the bourgeoisie and upper social classes but also by children, allowing an intermedial reading of literary texts, with copperplates being consciously employed as an integral element in understanding the writing. Although illustrations were thought of as ‘pretty’ embellishments to a book’s decoration, they also served a paratextual function involving an interpretative relationship with the text which had to be decoded as part of the reading process.

People who purchased literary editions were confronted with miscellaneous types of illustration, ranging from small-format vignettes through to whole-page copperplates. Book illustrations might appear as the frontispiece, spread around the typographical text, as headpieces or as endpapers or feature on the title page. They would have a framing function or highlight the significance of certain contents.

Book illustrations also reflect the transformations in visual culture, not only in German-speaking countries but also in France and Great Britain. They highlight associations that make it possible to discern the influence of foreign book illustrations in the German cultural sphere.

The exhibition provided insights into the transnational dynamics of literary book illustration as well as an understanding of how various cultures and nations illustrated the same texts in different ways. Three renowned illustrators were presented in addition to other artists and engravers: G. L. Crusius, Salomon Gessner and Daniel Chodowiecki, who all, in their different ways, incorporated and adapted developments in the representational trends in other countries in their own works, thereby making them accessible to a German-speaking readership.

On 16 March and 20 April 2018, Sandro Jung led several guided tours around the exhibition during which he spoke about the art of German illustration, linking it with editions of poetry and novels from England and France. At the time Jung was a professor at the University of Edinburgh and a fellow of the Herzog August Bibliothek.