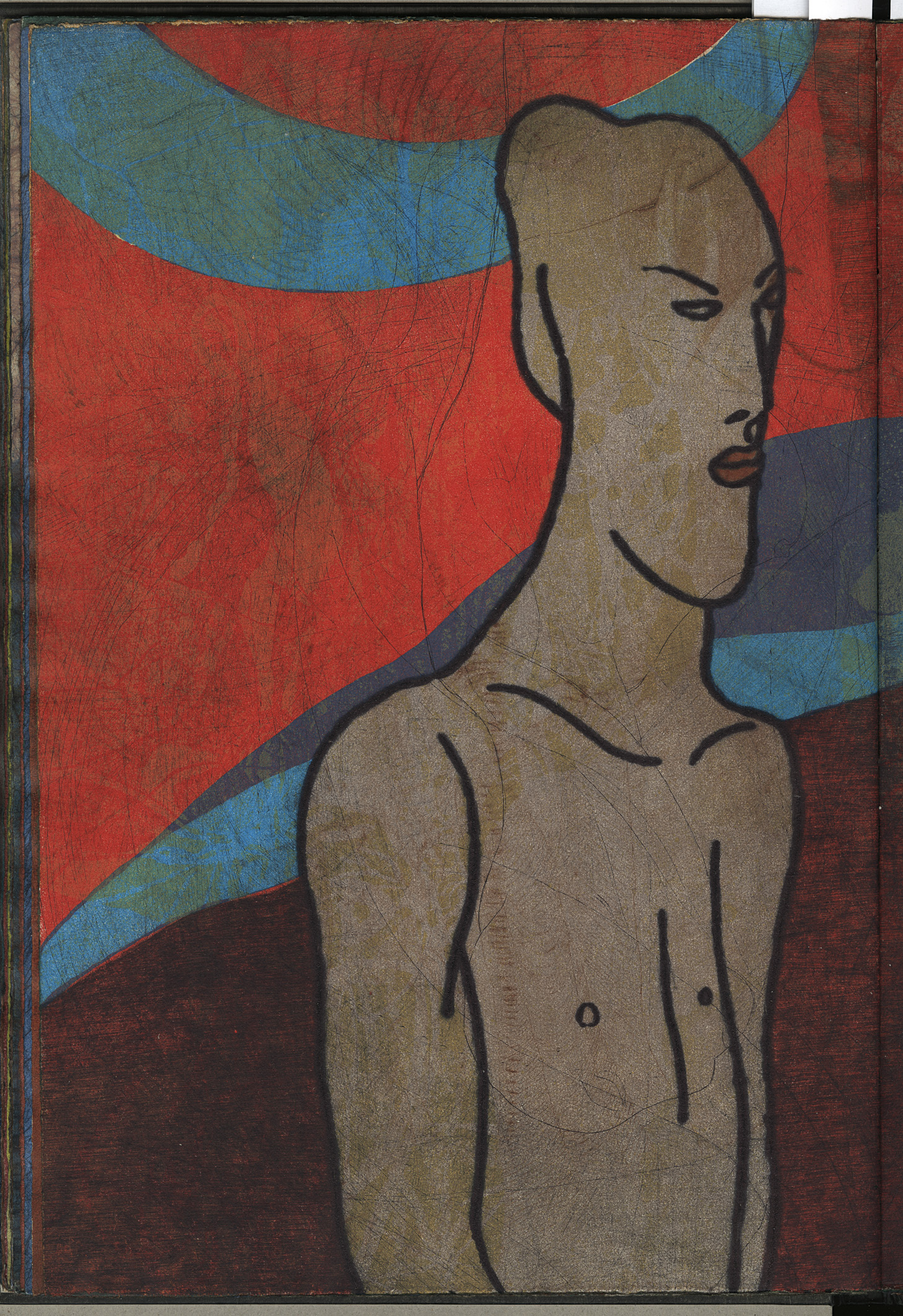 Many of Buchta’s artist’s books, like Buch Hiob (Book of Job, 2016) and Unwegsame Gebiete (Trackless regions, 1993–2003), form part of the Herzog August Bibliothek’s collection and are on display in an extensive monographic show together with other books and graphic prints in the exhibition rooms of the Bibliotheca Augusta.

On the printing plate, Buchta draws lines that form not only pictures but also handwritten text. The appearance of the writing varies depending on the content of the text. Written and drawn elements intersect. In addition to seeing, reading and juxtaposing images and text, the painter and graphic artist also incorporates the sound, smell and feel of his materials into the design of his artist’s books. ‘The artist’s potential to speak to all the senses is fully realised in the medium of the book,’ Buchta says.

Time is also an important factor in Buchta’s works. Impressions gathered over the course of years, along with constantly shifting perspectives on the underlying texts, are only fixed at the moment of printing – often after a development process spanning years. As time capsules – which is how Buchta describes his works – they encompass all the moments of the artist’s working process.

In Unwegsame Gebiete, Buchta engages with the Welsh poet Dylan Thomas’s Map of Love (1939), in which descriptions of nature and landscapes are inextricably linked with descriptions of corporeality. Printed on a hand press, a total of five iterations of the Unwegsame Gebiete were produced between 1993 and 2003 in minute editions of seven copies each. One peculiarity of the artist’s constantly changing perspectives on one and the same text is that he continues to work with the printing plates from the previous iteration. Lines are erased, prior impressions are overwritten or preserved as traces only to reappear very subtly in the next implementation.

Wolfgang Buchta (b. 1958) lives and works in Vienna. He studied at the Akademie der bildenden Künste (Academy of Fine Arts, AbK) in Vienna from 1976 to 1980. In the 1980s he was an assistant at the Meisterschule für Grafik (Master School for Graphic Arts) and taught at the Academy’s Institut für Bildnerische Erziehung (Institute for Education in the Arts). In 1990 he became a freelance artist. Buchta specialises in various graphic printing techniques (dry point, etching, aquatint and lithography).

The exhibition ran from 12 August 2018 to 10 February 2019 in the Augusteerhalle, the Schatzkammer, the Kabinett and the Malerbuchsaal of the Bibliotheca Augusta.

The exhibition catalogue Wolfgang Buchta: Scribere was published in a limited edition of 250 copies with an original graphic by the artist.