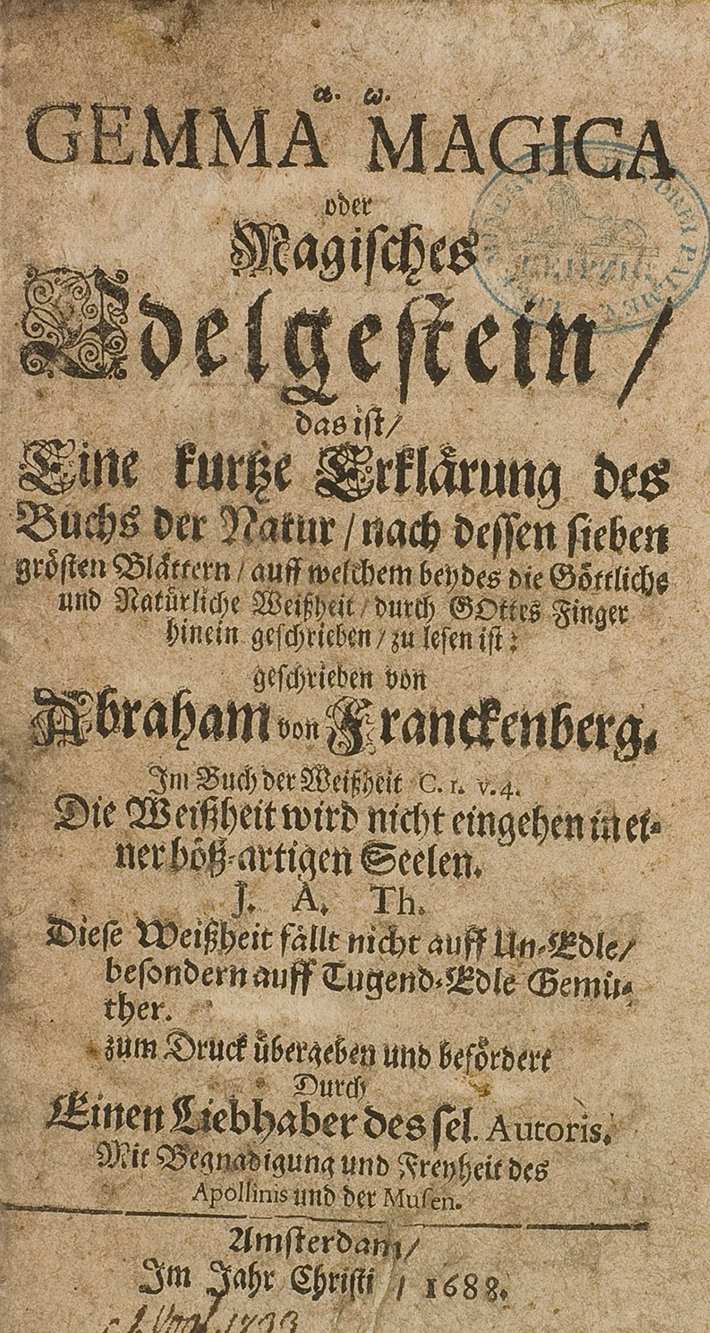 Funded by the Deutsches Zentrum Kulturgutverluste

One of the core tasks of museums, archives and libraries is to conduct research into the provenance and historical ownership of their own collections and holdings.

In the wake of the Washington Conference on Holocaust Era Assets (1998), the German federal government, the federal states and the national associations of local authorities issued a common statement on returning cultural assets which were confiscated through Nazi persecution (1999), and this was followed more recently by the Terezin Declaration (2009). Consequently, the organisations in charge of publicly funded commemorative institutions have pledged to make particular efforts to research the provenance of their holdings from the Nazi era. The Herzog August Bibliothek is doing its part in upholding this obligation by undertaking the current project, which seeks to find out more about objects in its collections that were confiscated by the Nazi regime.

The investigation focuses on antiquarian holdings that entered the library in the second half of the 20th century. These comprise, firstly, individual acquisitions and complete collections of older literature obtained since 1969 and, secondly, holdings specifically of 17th-century prints that have been added since 1990 under the aegis of the working group Sammlung Deutscher Drucke (Collection of German Prints). In the course of the project, relevant groups of holdings comprising c.30,000 volumes are to be systematically reviewed to determine whether their provenance indicates a connection with acts of persecution by the Nazi regime. Should any instances of confiscated Nazi assets be found in the holdings of the Herzog August Bibliothek, they should be comprehensively described and, wherever possible, just and fair solutions (including restitution) provided.

The research findings of the project are being documented on an ongoing basis in the local library catalogue or the GVK Common Union Catalogue. Should there be substantiated suspicion of Nazi looted assets, these will also be documented in the Lost Art object database and the Proveana research database run by the Deutsches Zentrum Kulturgutverluste (German Lost Art Foundation).