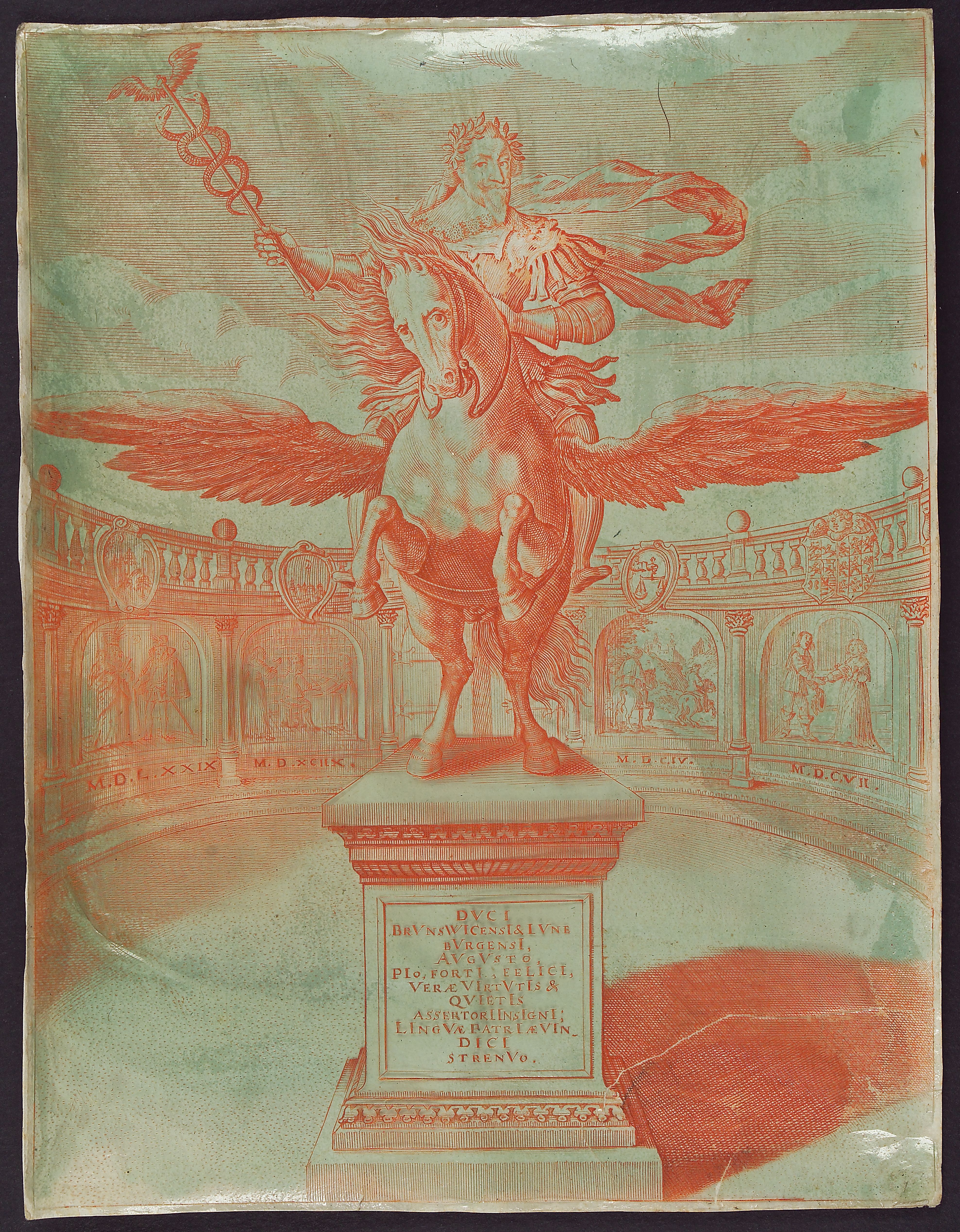 ‘… something of a miracle’

Herzog August and his library

What drives people to collect things? How do they piece their collections together, and how do they organise, present and use them? In an exhibition that hinged on research into historical collections, the Herzog August Bibliothek took a look at the figure from whom the library takes its name: Herzog August d. J. von Braunschweig-Lüneburg.

The duke left over 130,000 written works after his death in 1666, which was ‘something of a miracle’, in the opinion of his learned contemporary Hermann Conring. Herzog August functioned as his own librarian, coordinating the purchase, cataloguing and shelving of his books. The exhibition used a representative selection of books, pictures and written documents from the archive to illustrate how the duke built up the collection through a network of agents, how the library and the catalogue are structured to resemble the universe of all knowledge, and how August, as an intellectual and a ruler, used his library as a tool to consolidate his work and his control. Last but by no means least, as visitors made their way around the exhibition, they found answers to many frequently asked questions.

‘So what’s it all worth?’
The books made their way into the library by very different routes – as gifts, presentation copies, but above all as planned purchases by the duke with the assistance of agents throughout Europe. He invested a considerable amount of money in this pursuit. Yet August was not a collector with his head in the clouds who would chase down a particular book at any cost; indeed, in many cases he proved to be a hard-nosed negotiator and businessman. The purchasing practices of the Wolfenbüttel duke can thus also be viewed as a reflection of his notion of rulership and his political activities. Each and every book has its history and its price – which in many cases can be reconstructed from documents in the library’s archive.

‘But where are all the novels?’
The library is more than a collection of books, because it has been assigned a whole string of functions: as a large-scale storage facility for knowledge, as an object of Baroque prestige, as a supply of reading material, as a source for scholarly references, and as a cabinet of rare works for bibliophiles. The abundance of books and of the functions associated with them demands a sense of order. And the space itself, the catalogue and shelf marks create and maintain this order as instruments of a thoroughly political understanding of a library. The duke thus structured his library in 20 subject groups, which would categorise all the world’s knowledge (novels are incidentally not included in this system, although they were amply represented in the library as a new 17th-century literary genre).

‘Is it all real?’
The library that Herzog August left behind him is a unique historical ensemble that still draws people to Wolfenbüttel, because it presents a world of knowledge that is still growing in the present day. As with the libraries of other rulers, the book collection in Wolfenbüttel was a medium for holding court in the Baroque era, but it has also always been accessible to readers as a place where they can work, read and study. The material presence of the library still makes it possible for people to handle original works that are centuries old, thereby enabling a vibrant exchange with the thoughts, figures and desires of times gone by.

In three sections of the library (the Schatzkammer, Augusteerhalle and Kabinett) Wolfenbüttel staff members presented the histories behind the purchase of exceptional items which are both representative and unrepresentative of their type, along with the diversity of media and content, and images, texts and documents that illustrate the relationship between knowledge, space and order in the library at Wolfenbüttel. Last but not least, selected exhibits portrayed Herzog August as an intellectual and an author in the way he worked on and with his works.