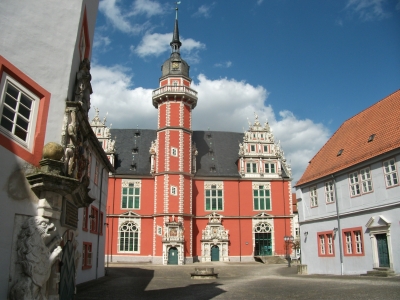 The university of Helmstedt had one of the largest and most valuable libraries in the empire. Its collection was gradually augmented by manuscripts and printed matter from monastery libraries, university documents, bequests from important scholars, gifts of paintings and scientific devices. It grew in 1618 when Bibliotheca Julia was transferred from Wolfenbüttel and again in 1704 with the arrival of Bibliotheca Rudolphea.

In the early 18th century the library holdings comprised c.80,000 volumes, which were located in the library section of the Juleum building, the adjoining auditorium and the eastern wing of the university campus.

After the library’s closure in 1810, most of the books and assorted documents came to the HAB archive. It is these sources, including correspondence, floor plans, princely edicts, invoices and travelogues, that form the basis for a virtual reconstruction of the library rooms and their furnishings. By placing them in a contextual relationship with collections of art, natural history and precious stones that have already been researched, and by comparing them with the private libraries of Helmstedt professors, the aim is to examine how practical the collection is as a tool that teachers and students can use to source literature and as an aid in preparing class material.

The monograph that is currently being created focuses on selected aspects of the history of the Helmstedt library which were critical to the functioning of book collections in early modern universities. In addition to information about the acquisition and indexing and cataloguing by librarians and library administrative staff, there will be an account of the well-documented changes made to the library premises and the inventories taken around 1769.

The investigation leads on from existing HAB research interests: the project “Knowledge production at the university of Helmstedt” involved various studies on the history of the university as well as a web portal and in-depth cataloguing and digitalisation projects. 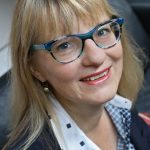