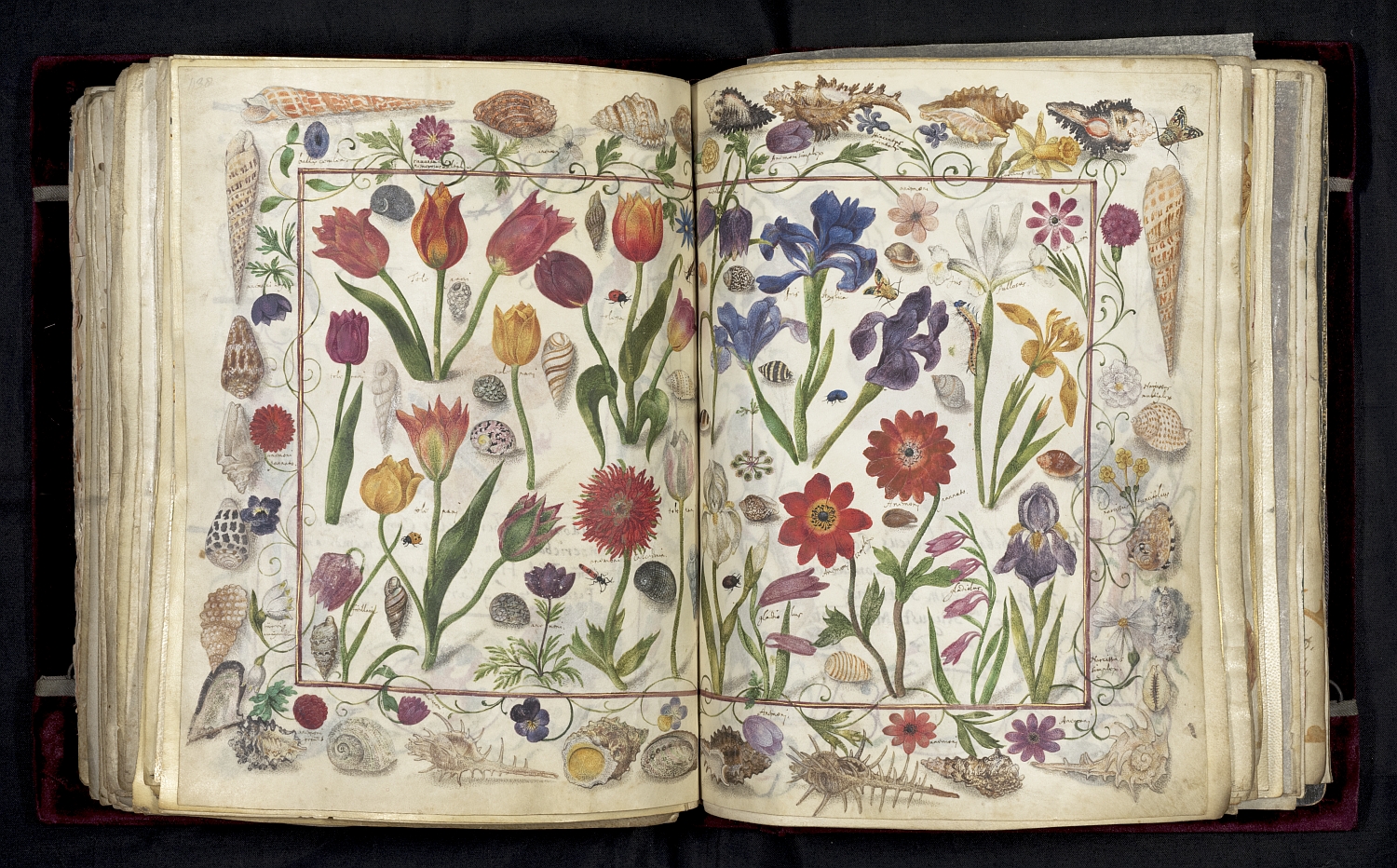 or, How does one collect ‘friends’?

For people today, a Stammbuch is a book that tells us of our family lineage.

In the early modern period, the family register was a means of documenting genealogical lineages, but it was also adapted for other intellectual and emotional purposes. Such Stammbücher were also used to collect written records and sometimes even portraits of people one felt connected to or indeed had only met once. This type of book was known not only as a Stammbuch but also as an album amicorum, a Latin term that might be loosely translated as an ‘album of friends’ – a name that better characterises our modern understanding of the content of such books. The name comes from the Latin albus (white), which indicates that each of these books originally contained blank white pages that the owner was intended to fill.

In the 1530s students at the university in Wittenberg began using these books to exchange autographs, dedications and epigrams as a way of strengthening their relationships to one another. Entries by famous Reformers, renowned scholars and other members of the elite served as proof of social and academic rank. Locations and dates documented where and when the owner of the book had studied, thus corroborating their worldliness. The use of such books became widespread in other social classes over the course of the following decades, but it remained especially popular in academic circles up until the early 19th century. The custom continued in the form of the poetry books of the 20th century, friendship books specially produced for kindergarten and school pupils and modern-day digital social media.

This year the Herzog August Bibliothek was able to acquire the Großes Stammbuch originally belonging to the Augsburg-based art dealer and political agent Philipp Hainhofer (1578–1647). It is an outstanding example of the early modern practice of friendship books. This book, bound in purple velvet and measuring 21 × 18 cm, consists of 227 numbered pages of parchment and paper and contains entries dating from the period from 1596 to 1633.

The book is much more than an example of academic friendship culture, however, for in addition to entries from the owner’s time at university, it also includes numerous inscriptions from some of the most important members of the European aristocracy, such as the emperors Rudolf II and Matthias, the Danish king Christian IV and the ‘Winter King’ Frederick V, the Elector Palatinate, and his consort, Elizabeth Stuart.

Johann Matthias Kager, Coat of arms belonging to Elizabeth Stuart, Electress Palatinate, with signature in her own hand, 1618 Johann Matthias Kager, Coat of arms belonging to Elizabeth Stuart, Electress Palatinate, with signature in her own hand, 1618

Hainhofer did not always maintain a personal relationship with the high-ranking individuals appearing in his friendship book, for these contacts were often arranged by other members of the aristocracy. However, the more frequently people of this standing made entries in such a book, the more it helped raise the owner’s social status. In the case of the Großes Stammbuch, the number and rank of the socially and politically influential ‘friends’ who immortalised themselves within its pages helped grant Hainhofer – who was now taking part in diplomatic missions – access to wider social circles that would have otherwise remained closed to him.

Coronation of Emperor Rudolf II surrounded by six electors, with signature in his own hand, pre-1612 Coronation of Emperor Rudolf II surrounded by six electors, with signature in his own hand, pre-1612

Anyone whose friendship book included entries from princes and princesses could expect high-quality imagery as well. In this regard, Hainhofer left absolutely nothing to chance, and he himself managed the artistic additions on behalf of those who signed his book, with works commissioned in many cases from well-known Augsburg artists.

Thus, Europe’s aristocracy was to be represented in the book by the ‘painterly nobility’. According to the principle of reciprocity described above, the value of the painting rises with the rank of the individuals whose signatures it accompanies. Hainhofer encouraged this development by commissioning his own ‘decorative sheets’ in addition to the coats of arms or personifications that were typical of the genre. These sheets outdid conventional motifs in terms of the format, execution and themes that were covered. Thus, unlike other examples of such friendship books, the Großes Stammbuch also constituted an art album.

Hainhofer owned two other friendship books that were similarly illustrated, and these are now located in Wolfenbüttel and Augsburg. Hainhofer was encouraged to acquire additional albums in 1611 by William V, Duke of Bavaria, who, when he made his own entry in Hainhofer’s book, explained to him that he could more easily win over royal ‘friends’ if he were to collect them in a separate book reserved for this purpose. Thenceforth, Hainhofer maintained different books that accorded with the social standing of those who signed them. Special bindings enabled him to swap their standardised pages, thus allowing him to customise his albums to a specific occasion, such as a diplomatic mission to the imperial court, for example. This ability to exchange pages is also why a number of sheets are missing from the book’s current compilation, especially those signed by Catholic dignitaries, such as the aforementioned Bavarian duke. One name that did remain, however, was the sheet signed by the man who gave his name to the Wolfenbüttel library: August der Jüngere, Herzog zu Braunschweig-Lüneburg. The duke had corresponded with Hainhofer for many years, and after Hainhofer’s death in 1647, he was especially interested in acquiring his friendship books – but Hainhofer’s son and heirs were unwilling to part with the Großes Stammbuch. Thereafter, there were no clues to the whereabouts of the book, and researchers who began examining Hainhofer’s legacy in the 19th century believed the book to have been lost.

The loss of a work that is remarkable for both its historical and art historical value fed its renown and led researchers to attempt to reconstruct its contents and structure on the basis of Hainhofer’s own statements. Unbeknownst to researchers, however, the book had been purchased in Cincinnati in 1946 by Cornelius Hauck, a bibliophile with an interest in botany. It disappeared again until 2006, when it came to the attention of scholars at an auction in New York and was purchased for a private collection in England. The Herzog August Bibliothek was finally able to acquire the Großes Stammbuch in 2020.

High-quality digital images of the album amicorum are now available. You can browse the pages here.