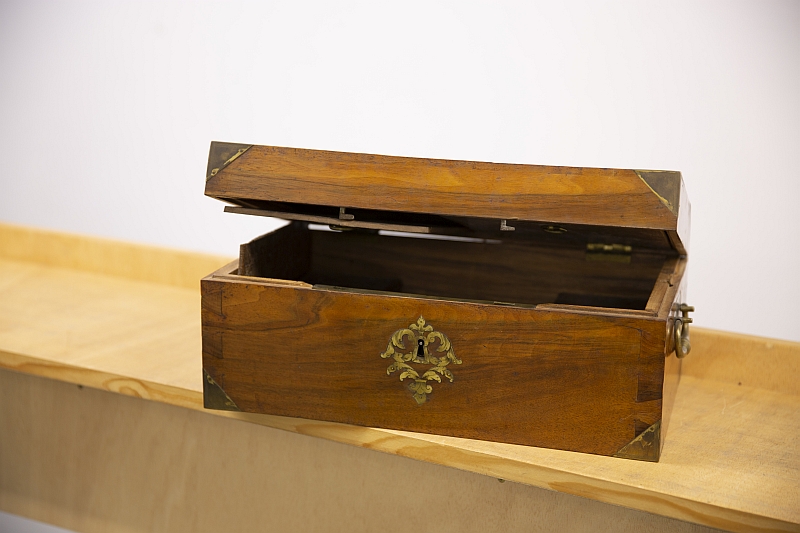 Websites have created for the various research and in-depth cataloguing projects with links to their own and external resources as well as research literature and source material.

The digital platform ‘Print strategies and forms of use of the psalters from the collections of the Herzog August Bibliothek’ is a project of the Marbach-Weimar-Wolfenbüttel Research Association (MWW). The platform’s selection of 20 copies in digital form enables researchers to trace the production and reception of early modern psalters. This includes the publishing, material and visual strategies as well as the uses of psalters by Humanists, the inhabitants of monasteries and the Protestant readership.

Private book collections are valuable sources for shedding light on the history of books and personal histories as well as for historical research into knowledge and collections. The portal ‘Early modern scholarly libraries’ is part of the joint project Authors’ libraries conducted by the MWW. The portal contains descriptions of 33 listings of books, mainly auction catalogues (1), as well as a digital reconstruction of the library of the dissident bookseller Benedikt Bahnsen (d. 1669) and links to other private libraries from the 16th, 17th and 18th centuries for which the Herzog August Bibliothek has compiled digital in-depth catalogues (2). It also offers a digital edition of letters, which represents the correspondence between Bahnsen and Duke August the Younger of Brunswick-Lüneburg (1579–1666).

The portal lists ego-documents in manuscript form held by the Herzog August Bibliothek, which are identified, personally examined and systematically listed in a digital finding aid as part of a project (PRO*Niedersachsen) funded by the Niedersächsisches Ministerium für Wissenschaft und Kultur (Lower Saxony Ministry of Science and Culture, MWK) and with the help of existing printed catalogues of manuscripts.

The Herzog August Bibliothek’s sources on the history of alchemy

The portal enables browser access to the well over 2,000 printed works on alchemy held by the Herzog August Bibliothek. An in-depth catalogue of these works was compiled between 2014 and 2017 in a project run by the Deutsche Forschungsgemeinschaft (German Research Foundation, DFG). The catalogue divides the works on alchemy roughly into five areas and then classifies them in more detail using a specially developed thesaurus of almost 100 terms, each of which is explained. The portal also provides access to selected full texts, an image browser for alchemic illustrations and a list of persons who appear in the corpus.

This portal, which is in the process of being established, brings together additional information and provides initial assistance in accessing the ego-documents of a Reformed prince from the years 1621 to 1656  published by the Wolfenbüttel Digital Library. It contains biographical and genealogical material, a timeline and visual material. All the registries can be searched, and the access point is supplemented with information about how they were compiled. The portal also includes edition guidelines and documentation on the writing practices of Christian II.

The portal offers a selection of research texts, sources, visual material and an e-learning programme on the senior court chaplains in the Principality of Brunswick-Wolfenbüttel. These materials have been made available online as part of the project Critiques of authority and prince’s counsel in cooperation with the Interdisziplinäres Institut für Kulturgeschichte der Frühen Neuzeit (Interdisciplinary Institute for the Cultural History of the Early Modern Period) at the Universität Osnabrück.

The German Academy of the 17th century: The Fruitbearing Society

Further information on the project about the Fruitbearing Society conducted in cooperation with the Sächsische Akademie der Wissenschaften (Saxon Academy of Sciences and Humanities). Alongside a basic profile of the society, the database also lists all its 890 members. New information emerging from the project’s research and edition work is continually added to the database.

Theatrum literature of the early modern period: The world and knowledge on the stage

The portal provides access to around 200 works in Latin and the national vernacular from the period between 1500 and 1800 that use the metaphor of theatre to construct, model and communicate knowledge. All the works are available both as digital copies and in full-text form. They also contain a finding aid, research literature and a bibliography. The portal was established as part of the project The world and knowledge on the stage: Theatrum literature of the early modern period conducted in cooperation with the Universität Kassel.

The portal provides rapid, thematically specific access to a number of resources generated by the interdisciplinary acquisitions and in-depth cataloguing project Cultural transfer and links between cultures in the early modern period. These include research literature and relevant sources acquired and located in the holdings of the Herzog August Bibliothek. The portal brings together books, essays, online publications and fully digitised copies of sources, which have been catalogued in depth using a system developed by the library. The portal also provides a list of links to other relevant specialist portals, projects and sources relating to cultural transfer.

The VKK Virtual Print Room presents print holdings in the form of a digital picture archive with extensive search functions. It comprises digital copies and descriptions of prints and drawings from the collections of the Herzog Anton Ulrich Museum Braunschweig and the Herzog August Bibliothek Wolfenbüttel. The portal was established as part of a cooperation project between the two institutions designed to bring together representative parts of their prints collections in virtual form, including ducal holdings that were originally kept together.

Early modern archaeological finds: A bibliography on the history of archaeology 1500–1806

Medicaments and compounds: Medical culture at the Wolfenbüttel court in the 16th/17th century

The portal lists items purveyed by the Wolfenbüttel court apothecary between 1576 and 1706. The medical preparations and substances are catalogued using a standardised vocabulary. The material collection is one of the outcomes of the project of the same name: Medicaments and compounds: Medical culture at the Wolfenbüttel court in the 16th/17th century.

You will find the results of other projects in the HAB’s list of databases and digital editions.